Darren completed the London Marathon this weekend in a staggering 3 hours, 58 minutes!

Not only did he beat this target of running the marathon in under 4 hours, he smashed his target and raised over £3,100 for the East Anglian Air Ambulance.

Big or small, any donation received could be the difference in saving a life. You can sponsor Darren here: https://uk.virginmoneygiving.com/fundraiser-web/fun... 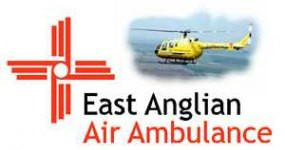