Chancellor of the Exchequer George Osbourne will give the positive green light for driverless cars to be tested on Britain’s motorways very soon (2017), which will supposedly help consumers to begin making use of this technology before the end of the current decade.

The government is aiming to lax the regulatory barriers that stop driverless cars from being part of our roads, with trials being held on roads and motorways in 2017. Osbourne states that “Britain must take bold decisions now to ensure it leads the world when it comes to new technologies and infrastructures”.

These bold statements have sparked excitement throughout the industry, which is hoping to mature hugely over the coming decade.

While trials have already been done in the U.S, trials on motorways have been scarce and are still very much so within their infancy. These UK trials are designed to ensure the cars safety, and should attract investment from other parties, allowing the technologies to advance.

Highways England will be the party responsible for the safety of the UK trials, and it is expected that some lanes will be closed for the trials to take place (although roads will stay open and will not be affected.)

To learn more about this advance, read the full article here. 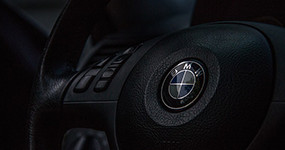