This week Salhouse were on their travels to North Norfolk visiting Binham in what turned out to be a glorious day for the team on what was a dull, grey and cold morning.

Not long had the game started, was the ball in the back of the net with Seb Clarke putting away calmly from 10 yards. Shortly after, Salhouse made it two after Ryan Tebble made a tremendous run only to see his shot parried by the keeper into the path of Hayden Cook to tap home. Salhouse then seemed to become complacent with their play, making simple mistakes and not dealing with pressure very well. Even full-back Sam Woods hit a shot from 35 yards out which would have been row Z at Wembley. The pitch conditions didn’t help which then led to Clarke twisting his ankle forcing substitute Adam Wengrow to replace him in Midfield.

Binham still pressured Salhouse with some long balls over the top but Sam Lincoln leading the defensive line ensured that the back four were one step ahead catching the Binham strikers offside on several occasions. Goalkeeper Michael Ward kept a high line himself, picking up the loose balls coming through but nothing to trouble him. Salhouse then resumed normal duty when Billy Cunningham missed a glancing opportunity from 6 yards as the ball was played across goal, but Cunningham fired over the bar. Fortunately, Cunningham redeemed himself and found the net twice before half time.

After the break, a slow start from Salhouse after Sam Browne and Ruben Fisher coming on from the bench. A controversial free-kick was awarded to the home side, conceded by Henry Lee Warder. Binham then provided their first real attempt on goal and managed to squeeze the ball past goalkeeper Ward, who was somewhat ‘Stuck in the Mud’ it seemed. Ward almost had another scare when a Binham Midfielder took a chance from half way to take advantage of the strong winds and drive a shot at goal. Fortunately, Ward was able to hold the ball comfortably. Cunningham will be feeling pig-sick this week after missing several consecutive chances to convert and complete his hat-trick. Over confidence must have struck him when he entered into a bet with the gaffer at half-time and Cunningham soon regretted his decision to bet his 5 litre Ford Mustang GT (After burning £30 in fuel to get to Binham)!

Shortly after, Salhouse started to take the wind out of Binham and over the course of 15 minutes certainly put the game to bed. Tebble calmly put away following a saved attempt from Sam Browne, followed by a tremendous run by full-back Paul Sheehan who cut inside and drilled home sweetly on his weaker left foot to put Salhouse 6-1 in the lead. A quick spell of magic from Wengrow saw him slide balls through to both Tebble and Ryan Frankland within 5 minutes of each other to add to the score line with Frankland imposing what some may call a ‘lucky dink’ over the Binham keeper. Cook made it a brace with a confident back-heel through the legs of a Binham defender on the 6-yard line to make it 9-1. The game was topped off by Browne to end a day where several chances for him went astray throughout when he finally got the goal he deserved. 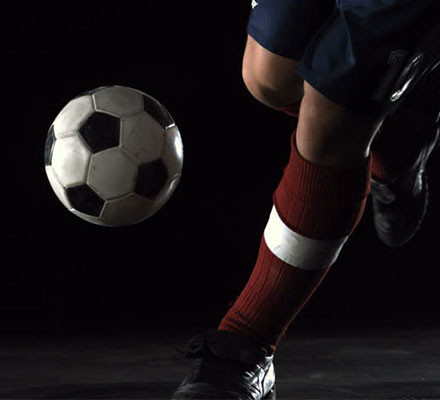